Bare feet in both worlds

Everything here has one

I think it’s so we never forget each other

Especially when it doesn’t 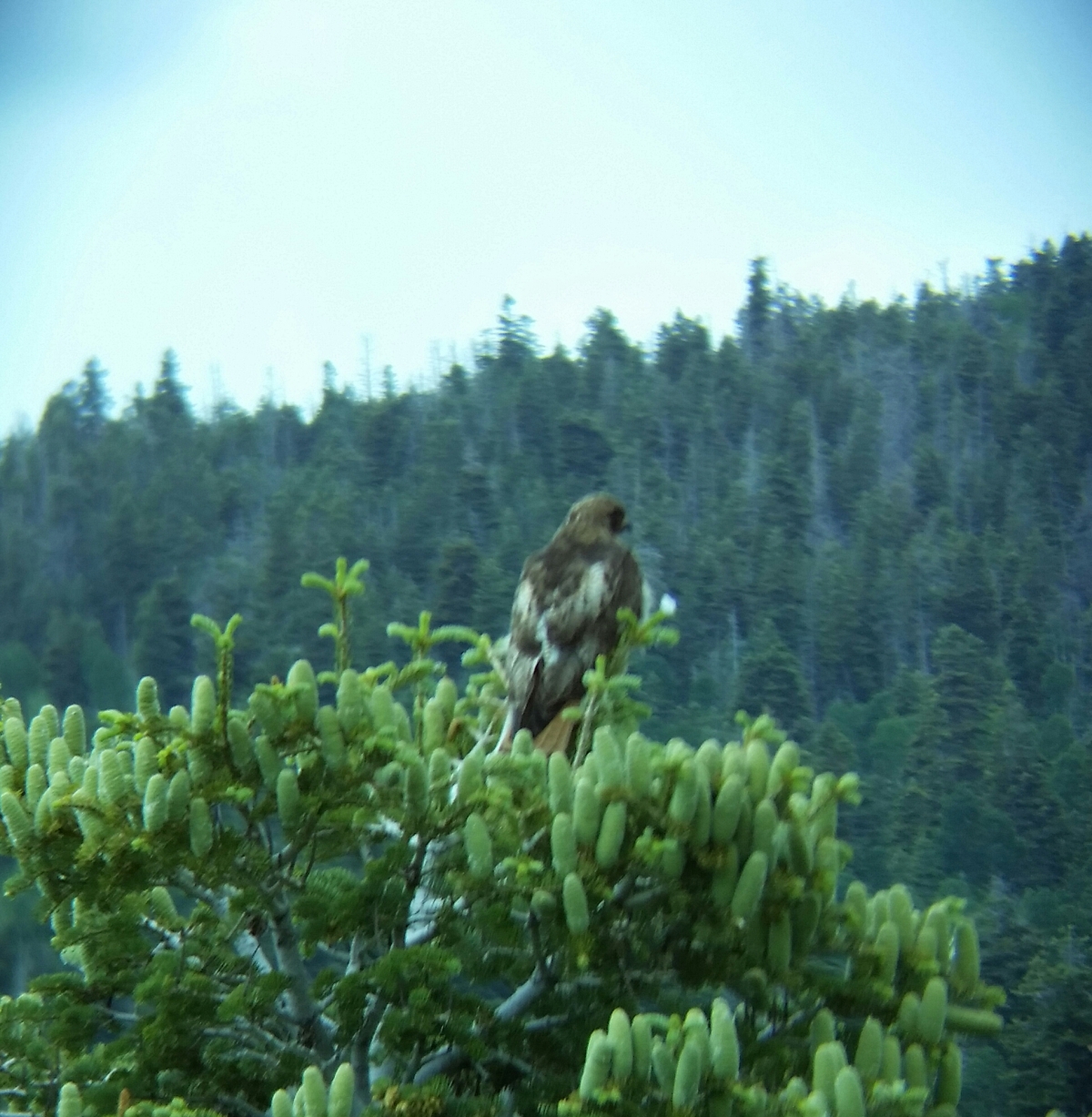 I love the way she cries

Only does it when she needs to

She beats the sunrise to her totem overlooking the meadow

I try and catch her through binoculars, but what could be better than my naked eye

She is what my soul wants to be right now

Thought clouds, one by one, passing by

But she is pure concentration

The weight of nothing but hunger on her shoulders

Not food, but sustenance

I might live my whole life trying to grasp the distinction

From these small hours

Because the Truth is

Sunlight is touchable on a horse’s hip

And we breathe through our hearts

Knowing the notes of a song we’ve never heard before

If I live to be a hundred,

I will be just as beautiful as I am now.

My sun heart will still rise before I do.

My moon mind will still gawk about the midnight of my bed quarters.

My star-fire blood will still warm the bow of infinity that is my flesh.

And my earth belly will still roar into the pregnant silence of all our wanting. 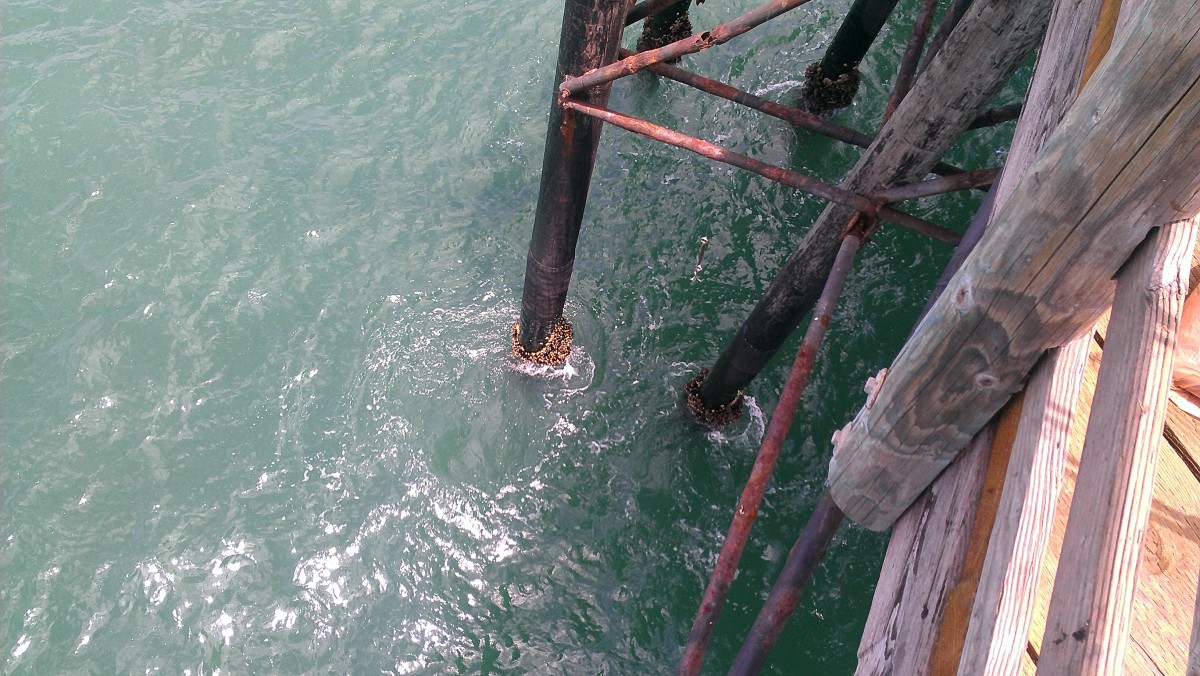 Leap from your structures

The clothes on the floor

The wine in the bottle

Your nocturnal predator needs her beauty sleep too

Open all the windows

There’s a sun ball on your chest reflecting itself

Call it: in bed with cats, windows open, desert spring, fat flashlight and a beautiful book.

I could force myself to write and God knows I’d mean every word; but all I want to do is feel.  My inner body, says Tolle, author of said beautiful book.

Through clear eyes.  Long breaths.  Pay attention to the soft tingling in limbs.  That hum of energy trapped in flesh.  It’s a gift I think.  God cups our essence in our own flesh and if I’m quiet, sober, and soft enough I get to feel it.

Grateful I didn’t throw wine tonight on that deep coal bed of mind made angst that is ego.

Speaking of whom, She, my soul wants me to shut the hell up now and get back to the business of letting her stretch her legs under the moon.

Ha.  Reminds me, how does it go?  “The finger pointing to the moon is not the moon.”

Turn off thought.  I feel, therefore I am.

… Ah, poems amount to so little when you write them too early in your life. You ought to wait and gather sense and sweetness for a whole lifetime, and a long one if possible, and then, at the very end, you might perhaps be able to write ten good lines. For poems are not, as people think, simply emotions (one has emotions early enough) — they are experiences. For the sake of a single poem, you must see many cities, many people and Things, you must understand animals, must feel how birds fly, and know the gesture which small flowers make when they open in the morning. You must be able to think back to streets in unknown neighborhoods, to unexpected encounters, and to partings you have long seen coming; to days of childhood whose mystery is still unexplained, to parents whom you had to hurt when they brought in a joy and you didn’t pick it up (it was a joy meant for somebody else — ); to childhood illnesses that began so strangely with so many profound and difficult transformations, to days in quiet, restrained rooms and to mornings by the sea, to the sea itself, to seas, to nights of travel that rushed along high overhead and went flying with all the stars, — and it is still not enough to be able to think of all that. You must have memories of many nights of love, each one different from all the others, memories of women screaming in labor, and of light, pale, sleeping girls who have just given birth and are closing again. But you must also have been beside the dying, must have sat beside the dead in the room with the open window and the scattered noises. And it is not yet enough to have memories. You must be able to forget them when they are many, and you must have the immense patience to wait until they return. For the memories themselves are not important. Only when they have changed into our very blood, into glance and gesture, and are nameless, no longer to be distinguished from ourselves — only then can it happen that in some very rare hour the first word of a poem arises in their midst and goes forth from them.

Poetry making always comes with this song for me:

“Sometime in the night my Beloved turned on me and swallowed me whole. I disappeared. And that’s the sin. Literally, without. Empty. Disconnected. Lost.”

So I love red wine.

The passion behind that statement deserves its own sentence.

In fact, if it weren’t for this pesky disease, I would be Rumi and she the honorable Shams of Tabriz.

I flip open my Essential Rumi this afternoon and, no kidding, I land on this one:

Why Wine is Forbidden

When the Prophet’s Ray of intelligence

struck the dim-witted man he was with,

the man got very happy and talkative,

This is the problem with a selflessness

If the wine drinker

has a deep gentleness in him,

he will show that

But if he has hidden anger and arrogance,

and since most people do,

wine is forbidden to everyone.

Selflessness (ego abandonment).  Comes Quickly (Knowledge, not Wisdom).  And, when drunk (I think we can all draw our own conclusions there).

That’s the trifecta for me in that poem.  It’s not about our so called true colors shining while under the influence.  I don’t believe that.  We are all capable of volatile displays of emotion at any moment, drunk or not.

What I see happening here is borrowed enlightenment, descending in a passionate rush.  An enthusiastic one night stand.  There’s no conversation, no engaged dialogue, no authenticity.  The Love element is unstable, implodes, and comes out the under side on its back.

Without traction, without mindful intention the addict’s sensualist power turns on her and everyone she encounters.

Ever chasing that sweet spot, on the brink of delight, Billie Holiday moaning in the background; then suddenly (or so it seemed in retro), fetal and broken.  With someone I love telling me how “different” I seem.  What do you mean, I’d say?  (Denial).  I don’t know, you’re just different.

God, that line really haunted me for some reason.  Still does.

Sometime in the night my Beloved turned on me and swallowed me whole. I disappeared.  And that’s the sin.  Literally, without.  Empty.  Disconnected.  Lost.

I’ve never been a fan of fire and brimstone conversion no matter the circumstance; but I will admit the analogies resonate.  Addiction is Hell.  An abuse of communion.  A perversion.  A demon to be exorcised.

Until then, the ray of intelligence falls over and over again on a dead body.

But as for this night, Lovers: “the woods are lovely, dark and deep,” and we are the moon rising and the wolf within, licking a wound where Rumi’s Light will enter.

One damn day at a time.